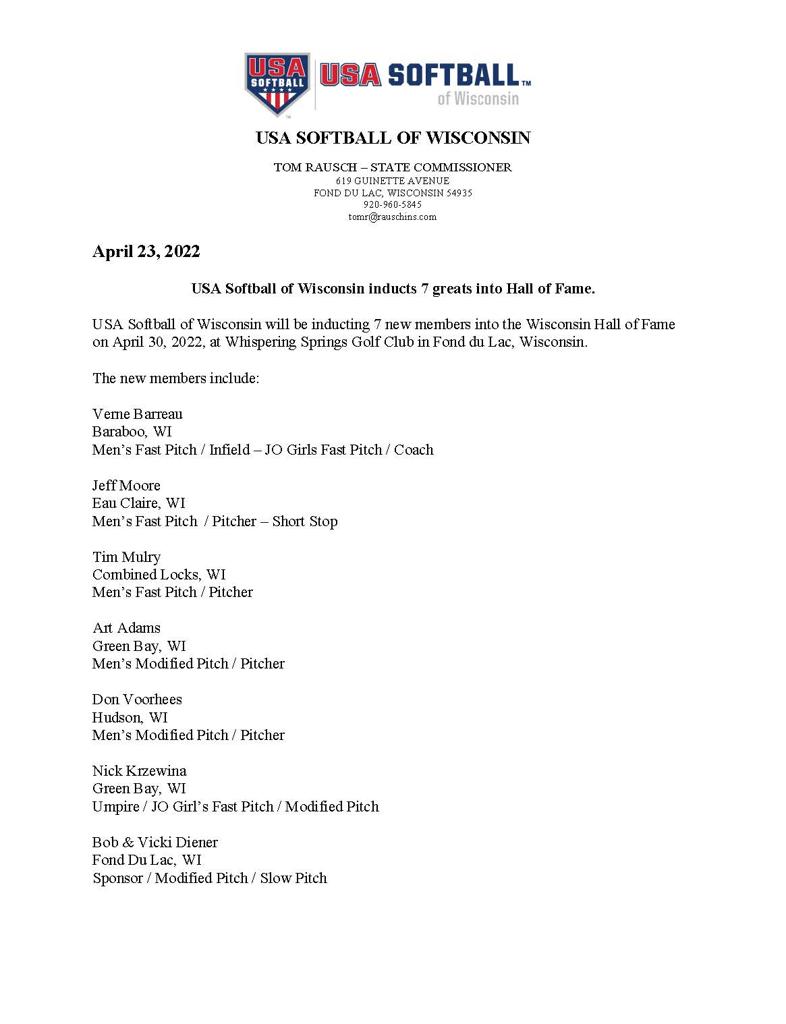 On October 7, 2017, USA Softball of Wisconsin inducted 5 new members to the Wisconsin Hall of Fame.

As an organization, we recognize that many people in Wisconsin love softball and have a deep passion for playing, coaching, umpiring and volunteering.  Records have been broken.  Great stories and legends have been passed down from generation to generation.

It is our goal as we draft new classes for our State Hall of Fame to honor all types of involvement in the sport of softball in Wisconsin.